The 1399th Engineer Construction Battalion was an all-Nisei unit stationed in Hawaii that played a critical role in defense efforts during World War II.

Activated at Schofield Barracks on April 26, 1944, the 1399th was comprised of members of the 370th Engineer Battalion, 395th Prewar Quartermaster Battalion, 1536th Dump Truck Company and 1525th Base Equipment Company.

Known as the “Chowhounds” because of their large appetites, the 1399th completed more than 54 major military projects throughout the island of Oahu.

After the 442nd Regimental Combat Team and Military Intelligence Service formed and were deployed, the remaining 352 members of the 370th were merged into the 1399th. Also joining the 1399th were Americans of Japanese Ancestry (AJAs) from Selective Services drafts who had prior experience in construction or carpentry. By the end of 1944, about a thousand men were part of the 1399th.

Known as the "Chowhounds" because of their large appetites, the 1399th completed more than 54 major military projects throughout the island of Oahu. These projects included constructing two million-gallon water tanks in Wahiawa that are still in use, jungle-training villages, ammunition storage pits, water systems, warehouses, the Flying Fortress airfield at Kahuku, auxiliary roads in the mountains, rest and recreation camps, bridge repairs, rock quarry operations and other military defense facilities.

Although the Chowhounds remained in Hawaii throughout the war, their work was considered vital to defense efforts, because of fears the Japanese could strike Hawaii again. With a reputation for completing projects effectively and on time, they were awarded the Meritorious Service Award on October 29, 1945.

Following the end of the war in the Pacific, 1399th Engineer Construction Battalion was deactivated on May 31, 1946. They are now referred to as the unsung heroes of the Hawaii front. 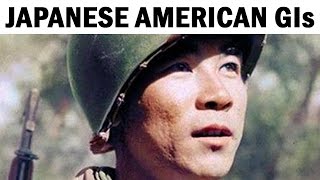