Skip to main content
AJAs Make History; More Awards to Nisei Veterans
“They risked their lives on their own initiative, sometimes even against orders, to take out machine guns, give aid to wounded soldiers, draw fire, pinpoint the enemy, protect their own. People who can agree on nothing else fall silent before that kind of courage.” — President Bill Clinton, in awarding belated Congressionals Medal of Honors to Asian Americans on June 21, 2000

The feats and accomplishments of Nisei during World War II opened up new opportunities for Americans of Japanese Ancestry (AJAs) after the war. AJAs took on leadership roles in government, business, the military and even sports.

In 1983, Lenn Sakata — the son of a 552nd Field Artillery Battalion veteran — became the first Japanese American to play in the World Series. His team, the Baltimore Orioles, won the World Series that year.

During his decade-long MLB career, from 1977 to 1987, he played for the Milwaukee Brewers, Baltimore Orioles, Oakland Athletics and New York Yankees. CNN Sports Illustrated selected Sakata as one of the 50 greatest sports figures in Hawaii history. He also was inducted into the Hawaii Sports Hall of Fame.

Shinseki was born less than a year after the Japanese attack on Pearl Harbor. Three of his uncles enlisted in the military and served in Europe as part of the 100th Infantry Battalion and 442nd Regimental Combat Team. Inspired by his uncles’ service, Shinseki attended the U.S. Military Academy at West Point.

He served two combat tours in Vietnam and commanded North Atlantic Treaty Organization (NATO) peacekeeping forces in Bosnia-Herzegovina from 1997–1998. He also served as Army Chief of Staff from 1999 to 2003, then served as Secretary of the Department of Veterans Affairs from 2009 to 2014. He retired from the military in 2014, amid controversy over the wait times for veterans seeking healthcare.

In April 2000, more than five decades after World War II, the Military Intelligence Service was belatedly awarded a Presidential Unit Citation, the highest honor given to a US military unit. The MIS was comprised primarily of Nisei trained as Japanese linguists.

The Presidential Unit Citation is awarded to units that display “gallantry, determination, and esprit de corps in accomplishing its mission as to set it apart from and above other units participating in the same campaign.”

The belated honors came about after Sen. Daniel Akaka of Hawaii introduced legislation in 1995 to consider upgrading awards of Asian Americans and Pacific Islanders who had been awarded the Distinguished Service Cross or Navy Cross during World War II.

Akaka had questioned the fairness of the award process, leading Congress to direct the Pentagon review. On June 21, 2000, President Bill Clinton presented Congressional Medals of Honors to 22 Asian Americans, including a Chinese American and a Filipino American. The 20 Japanese American veterans were all part of the 100th Infantry Battalion or 442nd Regimental Combat Team.

“The review found indeed that some extraordinarily brave soldiers never did receive the honors they clearly had earned,” Clinton said at the White House ceremony. “Rarely has a nation been so well served by a people it has so ill-treated. They risked their lives, above and beyond the call of duty. And in so doing, they did more than defend America; in the fact of painful prejudice, they helped to define America at its best.”

Along with honors to individual Nisei, the Congressional Gold Medal —the highest civilian honor — was awarded to the Military Intelligence Service, 100th Infantry Battalion and 442nd Regimental Combat Team on October 5, 2010. The award is given to people or groups who have had a major impact on American history and culture.

The presentation of the Congressional Gold Medal took place at the US Capitol Visitor Center in Washington D.C., with three Nisei veterans Mitsuo Ted Hamasu, Susumu Ito and Grant Ichikawa accepting the medal on behalf of their respective military units.

“The award of the Congressional Gold Medal is testimony of our patriotism, loyalty and achievements. The Japanese American soldier experience is the story of the Greatness of America,” Terry Shima, a 442nd RCT veteran, said at the ceremony.

In 2012, 34 surviving members of the 442nd Regimental Combat Team and 100th Infantry Battalion were made Chevaliers of the French Légion d'Honneur — France’s highest award — for their heroic rescue of the Lost Battalion outside of Biffontaine and their battles to liberate France from the Nazis during World War II.

“Each of you are heroes who served on the front lines, fought in the battles, bled on the battlefield and helped liberate a nation. Gentlemen, your deeds are the stuff of legend,” said Adm. Harry B. Harris Jr., commander of the U.S. Navy Pacific Fleet, at the awards ceremony at the Japanese Cultural Center of Hawaii. 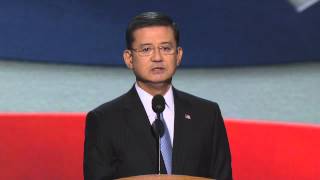