In the early morning of Sunday, Dec. 7, 1941, without warning, Japan launched an air attack on US military forces on the Hawaiian island of Oahu, focused on the Navy fleet at Pearl Harbor — a surprise attack that drew the United States into World War II and Americans of Japanese Ancestry into the precarious position of being deemed “enemy aliens” in their own country. Japan’s attack on Pearl Harbor is regarded as one of the pivotal events in modern world history, changing the trajectory of World War II and its aftermath.

“As Commander in Chief of the Army and Navy, I have directed that all measures be taken for our defense. But always will our whole nation remember the character of the onslaught against us.” — Franklin D. Roosevelt in a speech on Dec. 8, 1941, a day after Pearl Harbor

Along with striking Pearl Harbor, Japan waged attacks across the Pacific, in the Philippines, Thailand, Singapore, Malaya (now Malaysia), British Hong Kong, Guam and the Wake Islands. President Franklin D. Roosevelt proclaimed December 7, 1941, "a date which will live in infamy."

Martial law was declared in Hawaii within hours of Japan’s attack, and remained in place for nearly three years. Along with installing the army's commanding general as the military governor of Hawaii, constitutional liberties were suspended; a mandatory curfew was imposed; and civilian life was placed under military control. On only a few occasions in the history of the United States have American citizens been subjected to martial law for a substantial period of time.

Under martial law, the U.S. Army censored the press and monitored long-distance telephone calls, cables and civilian mail. Japanese language schools were closed, and all civilians, except very small children, were registered, fingerprinted and required to carry identification cards.

Violations of military orders and other crimes were tried before military courts, which replaced civil courts. And although civil courts reopened in 1942 with very limited functions, the Army forbade jury trials, and the writ of habeas corpus remained suspended until 1944.

Additional restrictions were placed on enemy aliens, primarily Japanese, restricting them from traveling, changing residences without permission, and even meeting in groups of more than 10. Certain areas of Oahu were ruled off-limits, and many farmers suffered heavy financial losses when they had to evacuate their property.

At 10 a.m. on Dec. 7, 1941, Hawaii Governor Joseph B. Poindexter ordered the mobilization of the Hawaii Territorial Guard, which included Nisei cadets from University of Hawaii ROTC program.

The Hawaii Territorial Guard, which primarily served as an “anti-sabotage force,” protected civilian locations in wartime Hawaii. Many of these young Nisei guardsmen would subsequently become members of the 100th Infantry Battalion, 442nd Regimental Combat Team and Military Intelligence Service.

Members were assigned to guard important civilian locations, such as the governor's residence at Washington Place, and were also stationed at the FBI office, courthouses and other sites. They also oversaw the eviction of Americans of Japanese Ancestry from militarily sensitive areas.

However, on Jan. 21, 1942, the Territorial Guard was inactivated. The discharged guardsmen petitioned to be placed "for whatever service you may see fit to use us" and were accepted into a labor battalion attached to the 34th Combat Engineers Regiment. They became known as the Varsity Victory Volunteers. 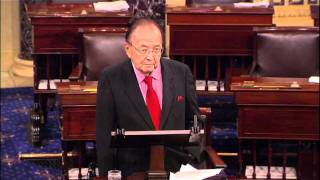 At 10 a.m., Hawaii Territorial Guard called to arms, which includes Nisei cadets from the University of Hawaii ROTC program.