The 522nd Field Artillery Battalion, comprised of about 650 Americans of Japanese Ancestry (AJAs) from Hawaii and the mainland, earned its place in history as liberators of one of the Nazi's Dachau death camps and the Dachau Death March in the final days of World War II.

“When the gates swung open, we got our first good look at the prisoners. Many of them were Jews. They were wearing striped prison suits and round caps. It was cold, and the snow was two feet deep in some places. There were no German guards. The prisoners struggled to their feet…They shuffled weakly out of the compound. They were like skeletons - all skin and bones.”

Known for their speed, accuracy and efficiency in battles across Europe, the 522nd was activated Feb 1, 1943, at Camp Shelby, Mississippi, as part of the 442nd Regimental Combat Team. Many Nisei soldiers in the 522nd had strong science, engineering and math backgrounds and utilized these skills to provide deft support fire for the 442nd and 100th Infantry Battalion.

The 522nd initially fought alongside the 442nd in Italy and France in an effort to liberate Western Europe from German control. They participated in all the battles from Anzio north to the Arno River line, then France, including the deadly battles in the Vosges Mountains and rescue of the Lost Battalion of the Texas 36th Infantry Division. But in March 1945, when the 442nd infantry was returned for the final breakthrough in northern Italy, the 522nd was sent to become a “roving” battalion to help other units in the attack into the German heartland. The 522nd became the only Nisei unit to fight in Germany, supporting seven different army units in 52 assignments. They traveled over 1,100 miles through 40 towns in 60 days, chasing Germans from the Saar and Rhine River to the Austrian border.

In these final weeks of the war, the 522nd became part of the “point of spear,” joining with Cavalry tank units, charging ahead of the infantry units in the drive to capture southern Germany and cut off escape of Nazis. As a result they had very unusual experiences for an artillery battalion: capturing both large numbers of German soldiers and fighter aircraft positioned to use highways as airfields, and liberating French soldiers from a prisoner of war camp.

Then on April 29, 1945, advanced scouts of the 522nd traveling through the small Bavarian town of Lager Lechfield, stumbled on barracks encircled by barbed wire. Realizing this appeared to be a prison facility, they broke open the gates. There they confronted a harrowing scene. Technician Fourth Grade Ichiro Imamura described it in a diary entry published by the Go For Broke National Education Center:

“When the gates swung open, we got our first good look at the prisoners. Many of them were Jews. They were wearing striped prison suits and round caps. It was cold, and the snow was two feet deep in some places. There were no German guards. The prisoners struggled to their feet… They shuffled weakly out of the compound. They were like skeletons - all skin and bones.”

Their encounter with these suffering, dying, and dead Jewish prisoners led to the liberation of about 3,000 prisoners of the Kaufering IV Hurlach sub-camp of Dachau. The 522nd soldiers who had never heard of the “Holocaust”, came face-to-face with it personally.

Adolf Hitler and Heinrich Himmler had already ordered the march of prisoners from other slave labor camps in the Dachau complex toward the Austrian border, away from advancing Allied armies. History has termed this the “Dachau Death March”. Many Jewish marchers looked like skeletons, weighing less than 80 pounds and shivering from the cold. If they stopped, guards shot them and left their corpses along the road. On May 2, 1945, soldiers from the 522nd scouting ahead near Waakirchen saw an open field with several hundred “lumps in the snow,” which turned out to be prisoners who had been shot or left to die from exposure. Then the 522nd encountered hundreds of emaciated prisoners who were barely alive and roaming aimlessly across the countryside, their Nazi guards having abandoned them to flee the approaching 522nd soldiers. For the next three days, the Nisei carried the survivors into houses and barns, giving them blankets, water and food until medical personnel arrived.

The soldiers left Waakirchen on May 4, and subsequently became part of the Army of Occupation in southern Germany.

Years after the war, the barbaric, inhuman treatment of defenseless men, women, and children by their Nazi persecutors continued to haunt the Japanese American soldiers who took part in the liberation — some of whom had family members imprisoned in internment camps in the United States. Almost to a man, none of the soldiers talked about their experience after the war. They had been informed by their commanders that it was to be considered classified and not to speak of it. The U. S. Army and government refused to acknowledge that the 522nd had been involved in the liberation of prisoners from the Dachau complex. It was not until many years later that Army and Holocaust historian Eric Saul learned of the Dachau experience while developing an exhibit on the 442nd Regimental Combat Team. Doubtful at first, he became convinced when 522nd veterans showed him the photographs they had personally taken. Combined with the testimony of people in Israel who had been liberated in Germany from the Nazis in 1945 by the Japanese American artillerymen, Saul succeeded in getting the U.S. Army to acknowledge the 522nd as one of the Dachau liberator units. The colors of the 442nd are now displayed in the Holocaust National Museum in Washington, DC.

The 522: Japanese American Witnesses At Dachau 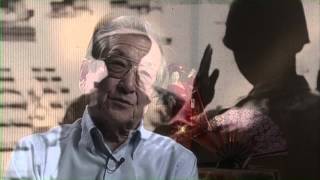 The 522nd Field Artillery Battalion detached from 442nd RCT for Central Europe Campaign; only Nisei unit in combat in Germany.