Rooted in an isolationist stance, the United States remained neutral. President Franklin D. Roosevelt knew Americans would not support another European conflict, having suffered numerous casualties during World War I, so he resisted a rush to war. Still, despite the United States’ official proclamation of neutrality on Sept. 5, 1940, FDR began preparing for military involvement by declaring a state of national emergency, increasing the size of the Army and National Guard, and authorizing the Selective Training and Service Act of 1940 — the first peacetime draft in US history.

On Sept. 27, 1940, Japan, Germany and Italy agreed to the Tripartite Pact, pledging mutual support if attacked by a nation not already at war. The alliance sent a direct warning to the United States that any military intervention would lead to battles both in Europe and the Pacific. 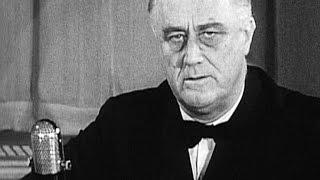